< Back to all press resources

Over the past 22 years, through Operation Christmas Child (OCC), Samaritan’s Purse has delivered 94 million shoeboxes to needy children in over 100 countries.  To lift this total to 100 million and beyond, Mr Graham is encouraging all churches, schools, workplaces, families and individuals around the world to help Samaritan’s Purse achieve this remarkable milestone.

“I want to thank everyone in the UK for supporting Operation Christmas Child.  This year we will reach an historic number that is our 100 millionth shoebox and so we appreciate the prayers you send with these gifts that will be sent in Jesus’ name,” said Mr Graham speaking from Christ Church, Spitalfields, where he met several children from Christ Church Primary School as they excitedly packed their shoeboxes.

The children presented Mr Graham with a gift-filled shoebox wrapped in Union Jack wrapping paper and asked him to give it to a child who most needed it this Christmas.

Mr Graham responded:  “Thank you so much. I will definitely personally deliver this and make sure they write you a note to say thank you. I know they will be so blessed by not only this box but the prayer you’ve sent with this.  We have thousands of others around the world who’ll be personally delivering more than 8 million shoeboxes this year.” 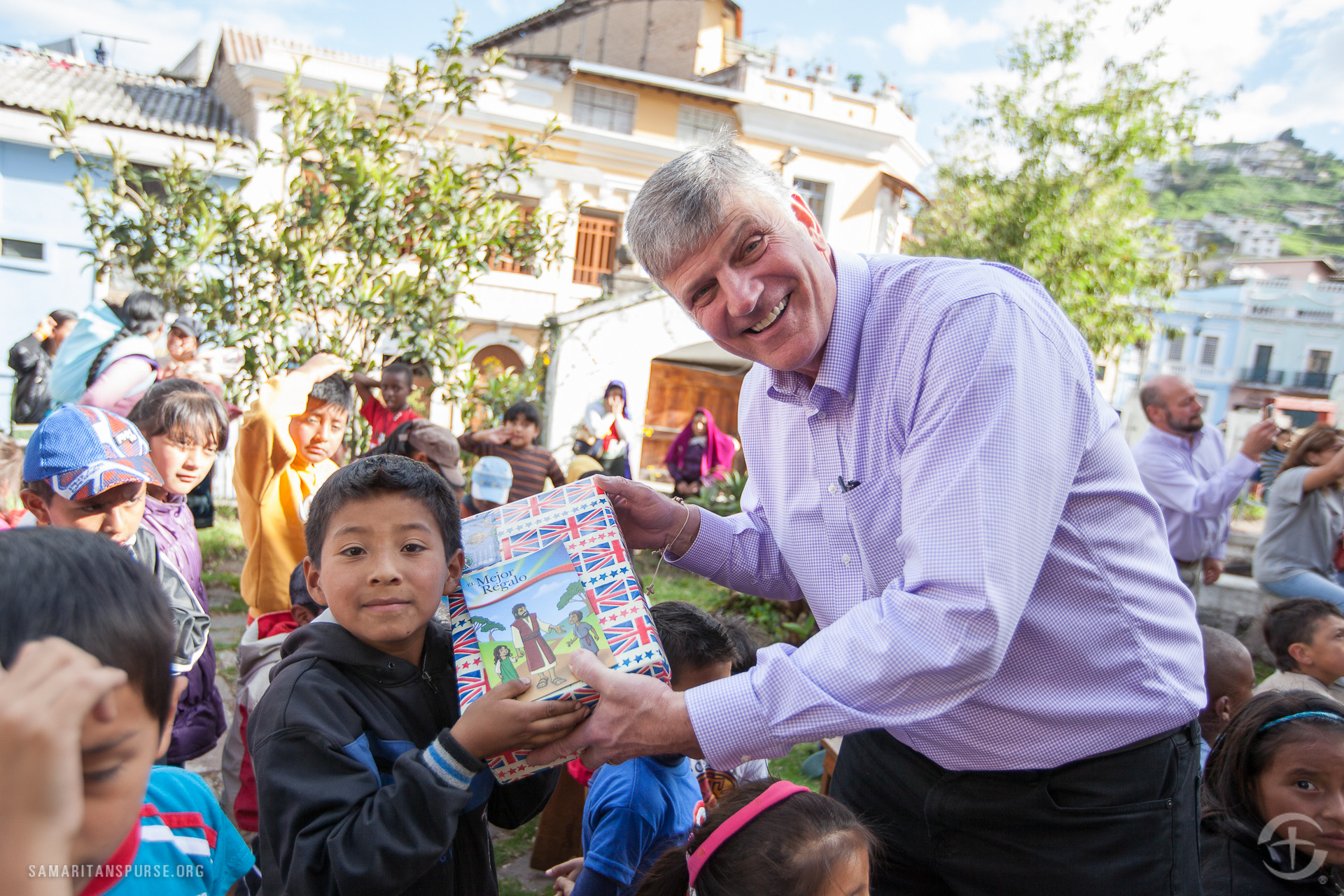 This Saturday, during the National Day of Prayer and Worship at Wembley Stadium, Samaritan’s Purse UK Executive Director Simon Barrington, will lead a time of prayer for the children in over 105 countries who will be receiving OCC shoeboxes this year.

“We’re also coming together to praise God and celebrate all that’s been done through the 94 million acts of compassion that have been carried out through Operation Christmas Child over the last 22 years. Each one of these shoeboxes is an opportunity to share God’s love and for Churches overseas to point children to Jesus Christ as their saviour at Christmas.”

Simon Barrington concluded: “Our hope is that those gathered at Wembley will be challenged and inspired to continue to be praying for and acting on behalf of those who are orphaned, living in poverty and disease and victims of trafficking.”