YOU HAVE (0) ITEM(S) IN YOUR CART. CHECKOUT NOW
50 Years of Ministry

Ongoing: Samaritan’s Purse provides immediate relief and long-term recovery assistance in the wake of catastrophic storms. Dorian was 2019’s monster storm; we have responded to many such disasters in the Atlantic and Pacific.

Whenever and wherever disaster strikes, Samaritan’s Purse is prepared to respond quickly to meet critical needs in Jesus’ Name. 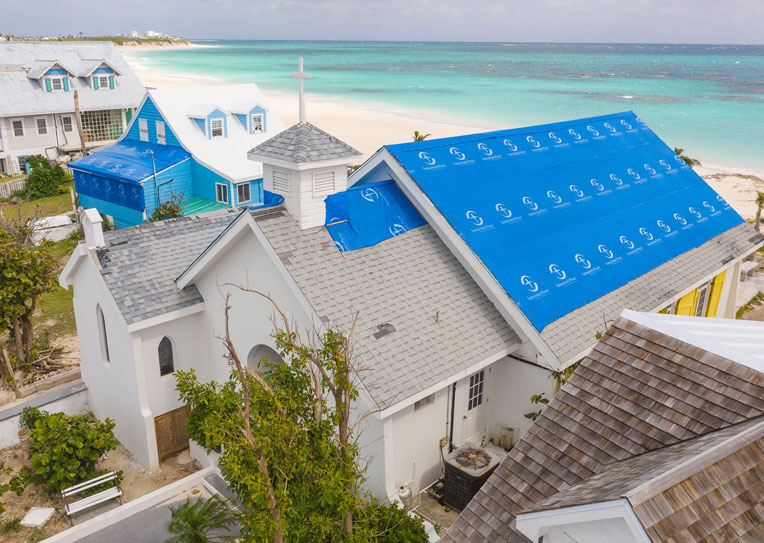 After Hurricane Dorian hit the northern Bahamas in September 2019 as a Category 5, Samaritan’s Purse airlifted 360 metric tons of critical relief supplies on our DC-8 cargo jet, making 18 round trips. We also airlifted our Emergency Field Hospital to Freeport, Grand Bahama, and staffed it with our Disaster Assistance Response Team (DART) for two months to help Rand Memorial Hospital, which had sustained major storm damage.

A year after the hurricane, we continue to provide clean water access to residents in Abaco and Grand Bahama at water point stations where they can fill containers for free. To date, we have distributed more than 4.3 million liters of clean water in the Bahamas since Hurricane Dorian.

Samaritan’s Purse is also training local church leaders in Hazard Outreach Preparedness and Empowerment (HOPE). This disaster response program prepares churches to help people in their communities after a disaster, both emotionally and physically, through trauma recovery support. We provided similar HOPE training to church leaders in Dominica after Hurricane Maria in 2017. 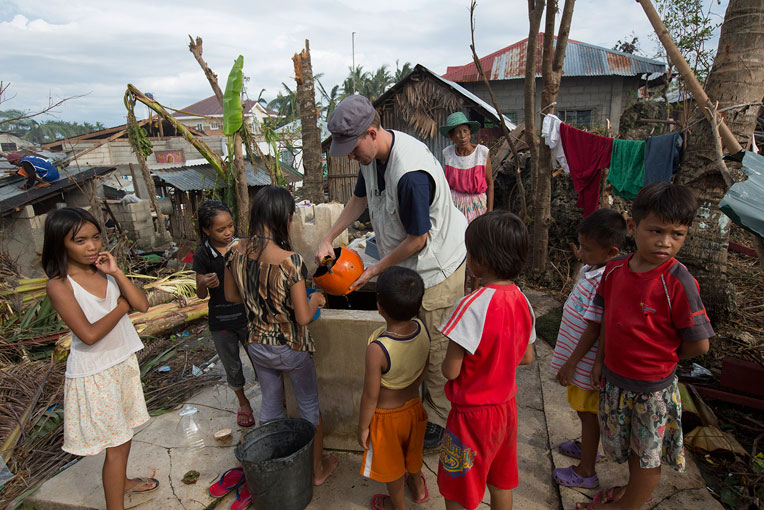 We provided clean water access in the Philippines after Typhoon Haiyan.

Samaritan’s Purse has been responding in Jesus’ Name to major hurricanes and storms for many years.

After Typhoon Haiyan slammed into the Philippines in 2013 with a storm surge of 20 feet and winds nearly 200 mph, Samaritan’s Purse immediately mobilised to provide emergency food, water, shelter, and basic medical care.

We continued to work in hard-hit areas for several months, providing clean water, shelter and latrine kits, nutrition programs, promoting hygiene and sanitation, and working with local churches to share the hope of Jesus Christ. We also helped repair 11 health facilities and an elementary school.

For years after the storm, our Water, Hygiene & Sanitation (WASH) program helped provide clean drinking water and improved sanitation to families displaced by the typhoon.

After Cyclone Pam hit Vanuatu in the South Pacific in 2015, Samaritan’s Purse deployed jets, barges, boats, helicopters, and trucks with more than 70 tons of emergency relief supplies to reach these remote islands. 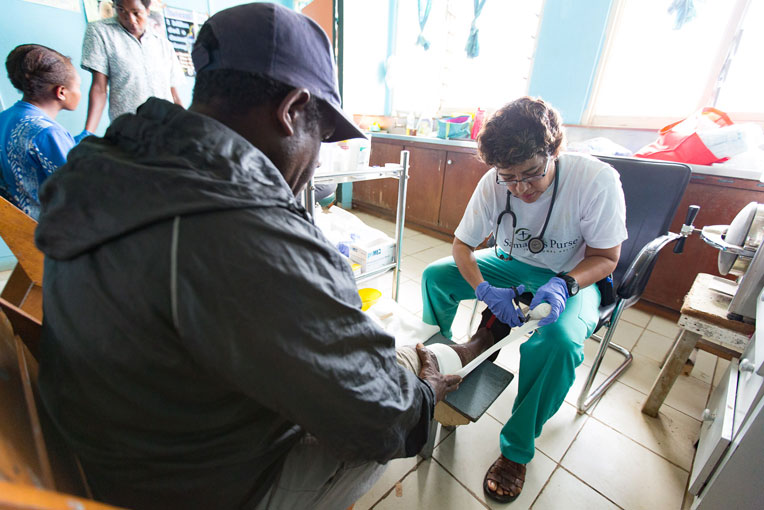 A member of the Samaritan’s Purse medical team treats a patient’s wound at Lanakel Hospital on Tanna Island.

Our medical teams provided critical support at Lenakel Hospital—the only medical center on the hard-hit island of Tanna—treating storm-inflicted wounds and other ailments of about 1,800 patients. They also hosted mobile clinics in remote areas with little to no access to health care, hiking for hours through forests to reach these communities.

We supplied more than 3,200 households on the island with tarps, hygiene kits, cooking and clean water supplies, blankets, mosquito nets, and jerry cans.

With transportation assistance from the French military, we also provided relief supplies to all 250 families who lived on the small island of Aneityum at the time.

In addition, we repaired more than 100 homes and churches as well as more than 40 schools.

Typhoon Yutu caused catastrophic damage in 2018 when it made landfall on Saipan and Tinian in the Northern Mariana Islands, which are part of the U.S. Commonwealth. 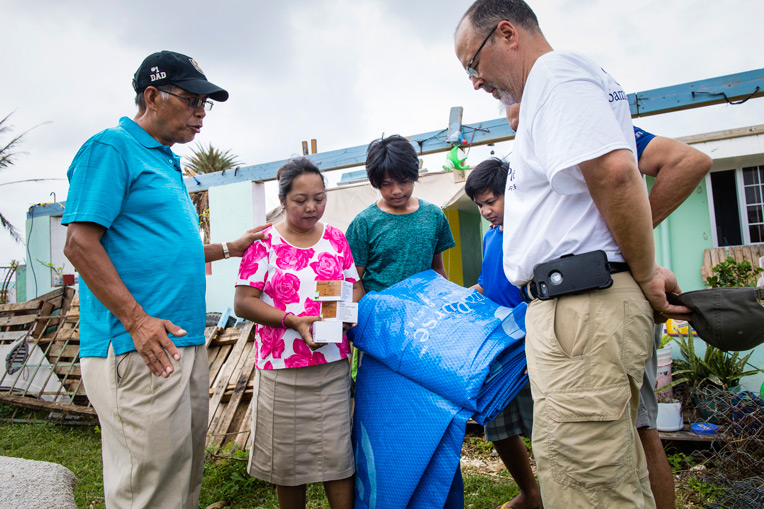 Families across the islands received tarps and solar lights from Samaritan’s Purse.

We deployed a mobile medical team to the islands and our DC-8 airlifted more than 80 tons of emergency relief. Our teams distributed tarps, solar lights, and water filtration systems to 6,000 households on Saipan. We also supplied generators to every household on Tinian, which is home to about 3,000 people.

Saipan was the first Pacific island to receive Operation Christmas Child shoebox gifts as part of an initiative launched by Samaritan’s Purse President Franklin Graham to distribute gift-filled shoeboxes to half a million children on 1,000 Pacific islands within a five-year period between 2019-2023. More than 10,000 shoebox gifts where distributed to children there by local churches.