Samaritan’s Purse Responding to Super Typhoon in the Philippines

We’re rushing relief to families in the aftermath of Goni, a Super Typhoon that has affected more than 2 million people.

Super Typhoon Goni slammed into the Philippines on Nov. 1 with maximum sustained winds of 195 mph and heavy rainfall that caused catastrophic flooding and mudslides. Goni comes on the heels of two typhoons that hit the nation within just two weeks of each other. 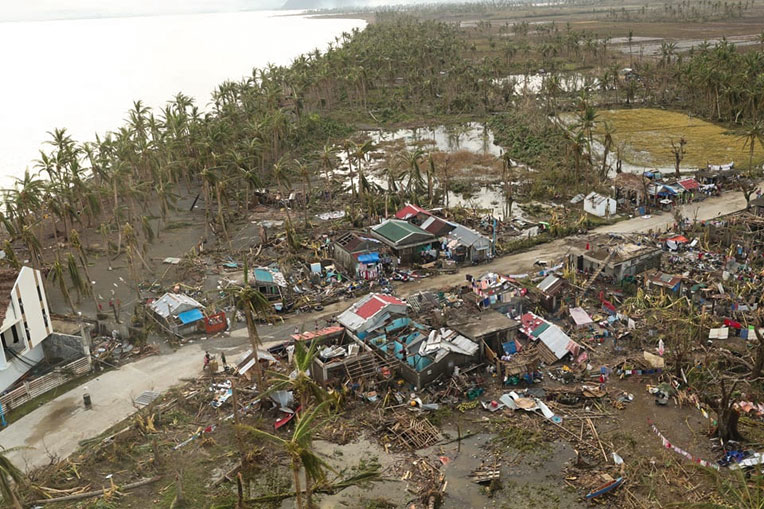 Many homes have been damaged or destroyed.

The powerful storm first made landfall at the northern end of the Philippines on Catanduanes Island, where more than 6,000 people had to take shelter in evacuation centres across the island. Goni then hit Luzon, the most populous island in the Philippines, where nearly a million people were evacuated prior to the storm’s arrival.

Samaritan’s Purse will work with local church partners to distribute emergency relief supplies such as clean water kits, blankets, and kitchen items. We’re also providing kits that include construction materials and tools to support the immediate need for shelter.

At least 20 people died in the super typhoon and more than 70 are injured. Hundreds of thousands of homes are destroyed. About 20,000 farmers are now without a source of income, as many rice and crops were decimated. Agricultural damage from the storm is estimated at more than £17 million.

Please pray for our teams as they serve in Jesus’ Name and demonstrate God’s love to suffering people. Pray also for the many hurting families who are struggling to recover in the aftermath of this disaster.